This isn't some lengthy story, just a photo record of 'Day Two' of Tx2k12, which is known as DYNO DAY! It is a grind of a day for Anna and I as we are the wranglers for the event. There is also a car show going on and tons of vendors and a few folks making passes at the drag strip, but for us, we live the 500' of pavement around 'our' two dynos. We use one 2WD dyno and one AWD dyno and the rollers start spinning at 9am and go until Peter (the organizer) tells us 'NO MORE!'. This year, the last car was done somewhere around 5:45pm. I don't know if there is some Guinness Book of World Records entry for a 'number of cars dyno'd in 9 hours' or anything, but we had 85 cars done when we finally stopped. Our day started well before dawn (fuel stop picture en route above) and we were hustling pretty much the whole day. 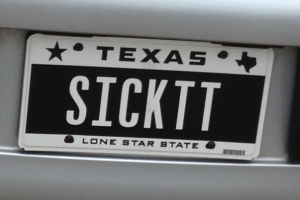 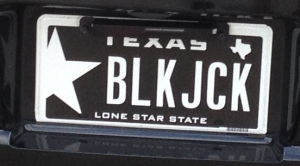 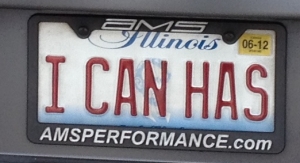 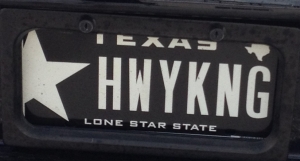 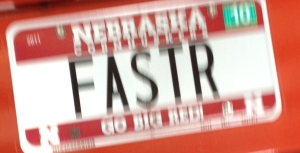 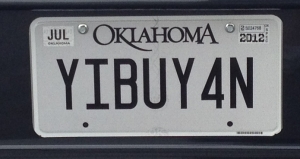 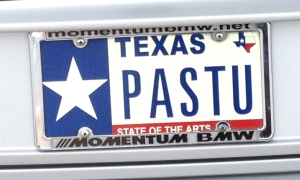 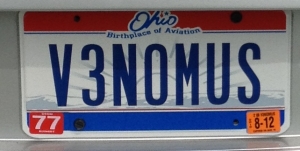 Above: Crowd watching a GTR spin the AWD dyno. Below: Extra weight to help prevent spinning. 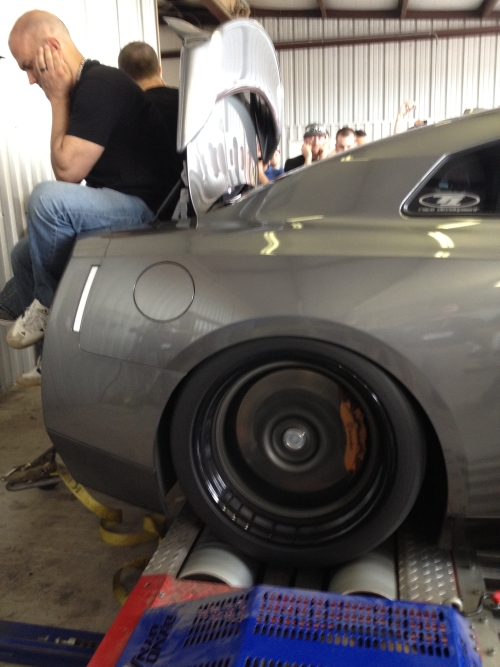 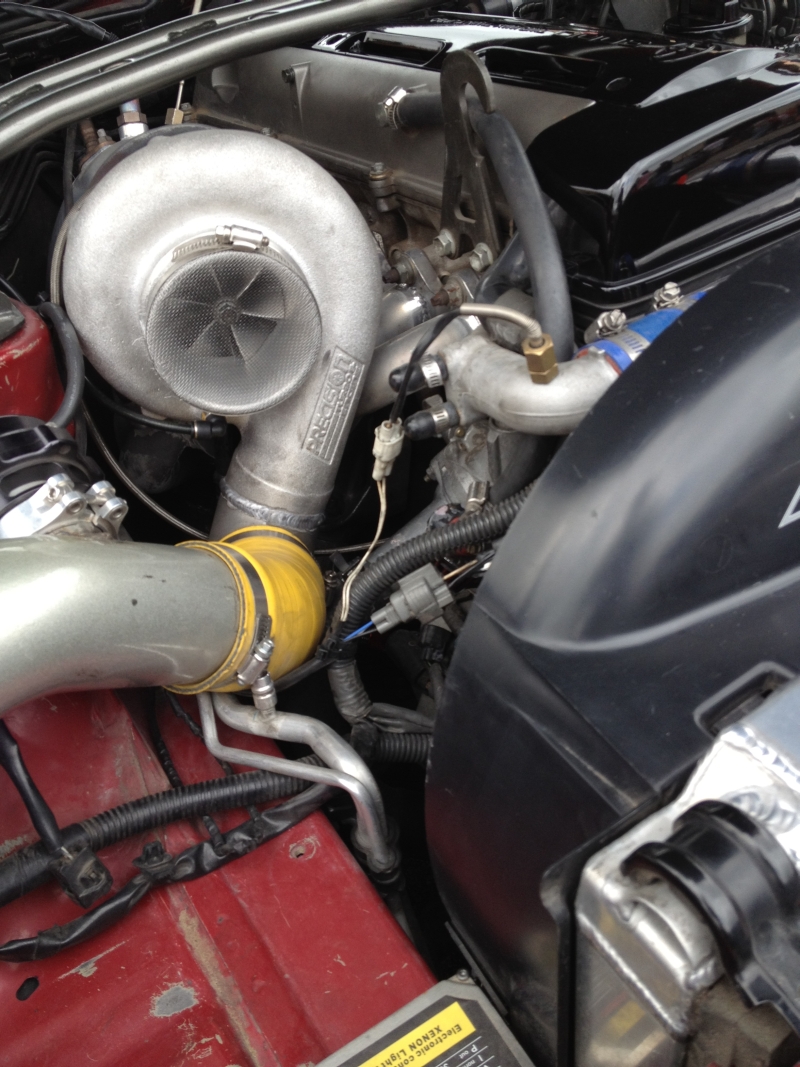 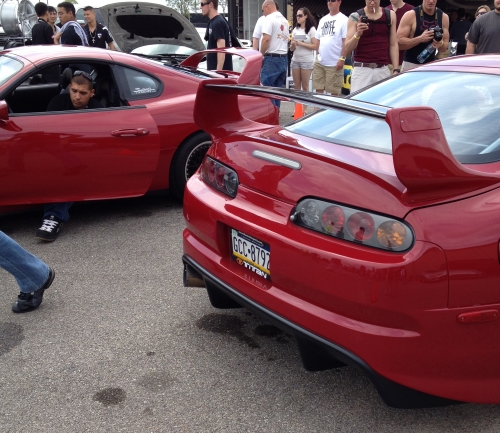 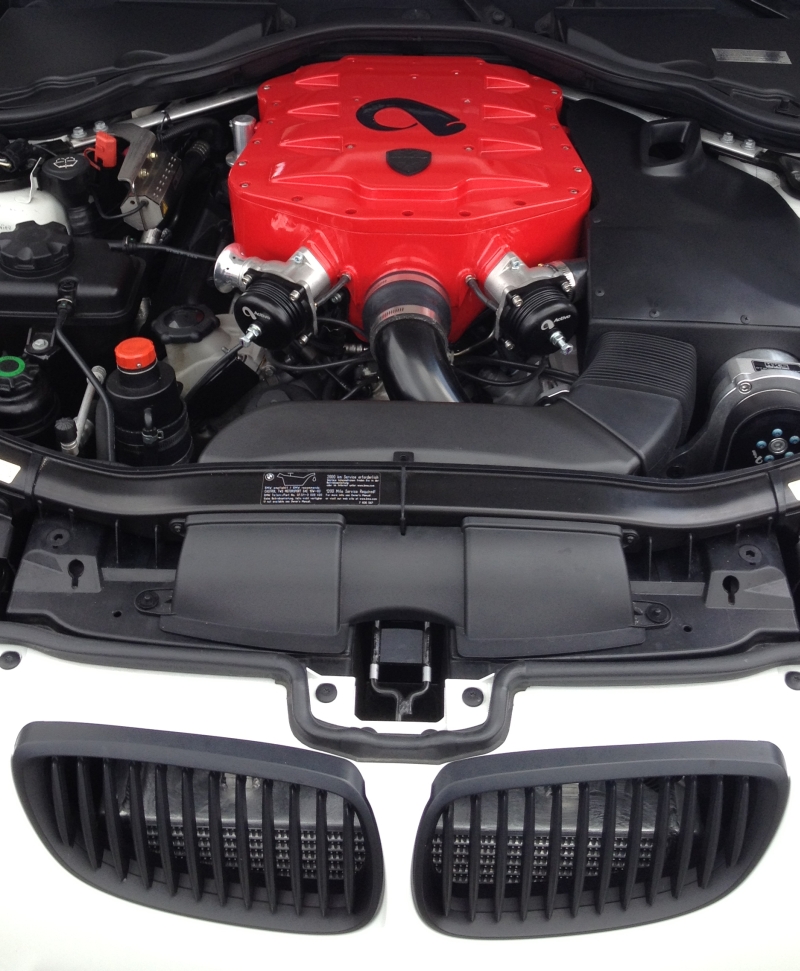 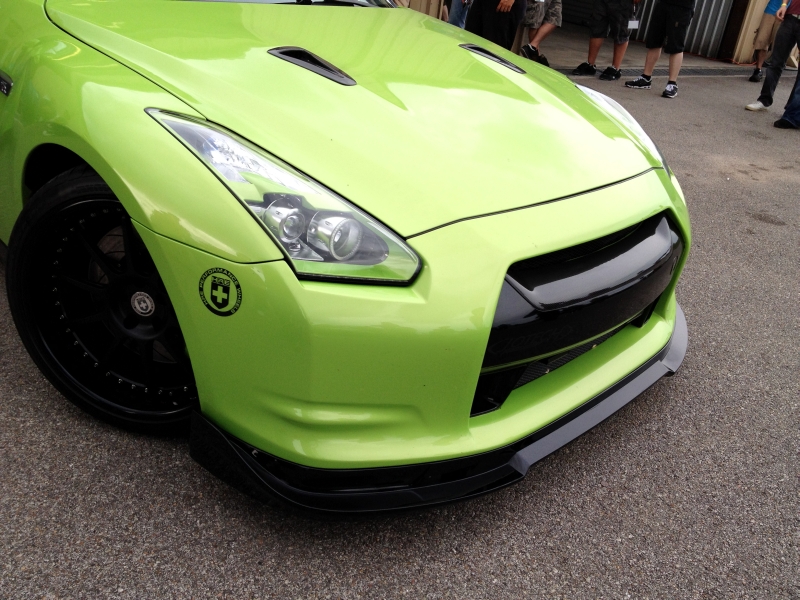 Above: Green JoTech GTR did 622......while spinning the tires on the rollers. EEK! 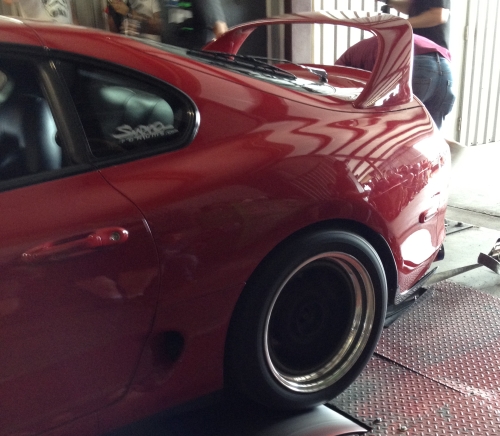 Above: The head of the dyno line, 2WD on left, AWD on right. Line went back and curved behind building to the right. Yikes. 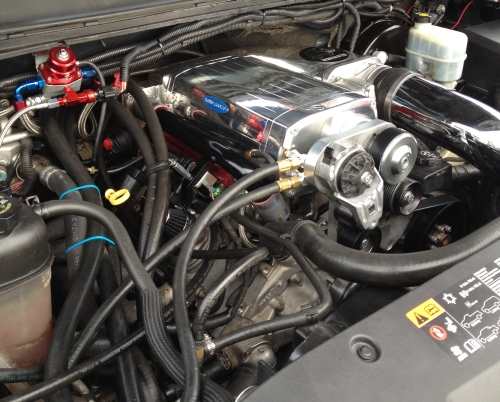 Above: 415cu in LSx running a LOT of boost in a full size GM truck. Awesome.

Below: Hennessey manager took me back and showed me the 'Mile' car, asking me to not post pics till after they ran. 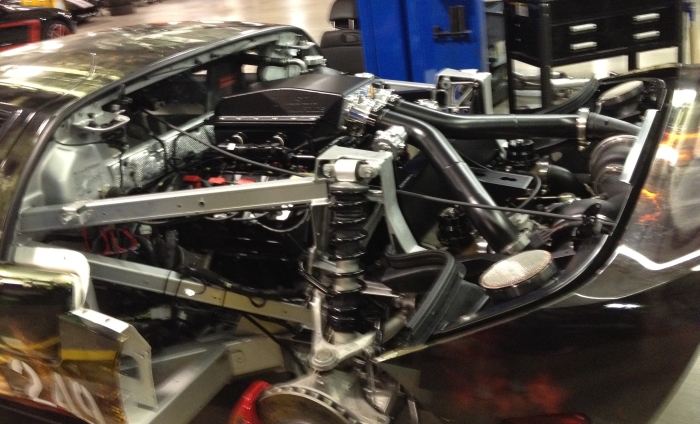 Below: Another ford Gt, just not as much go fast parts. 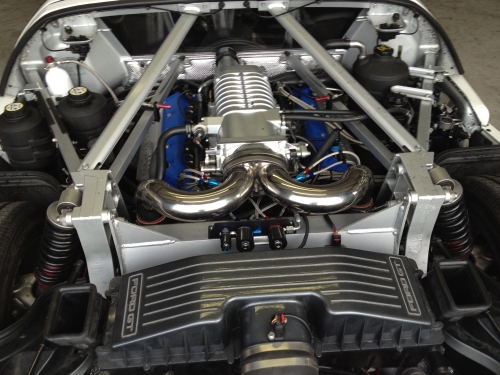 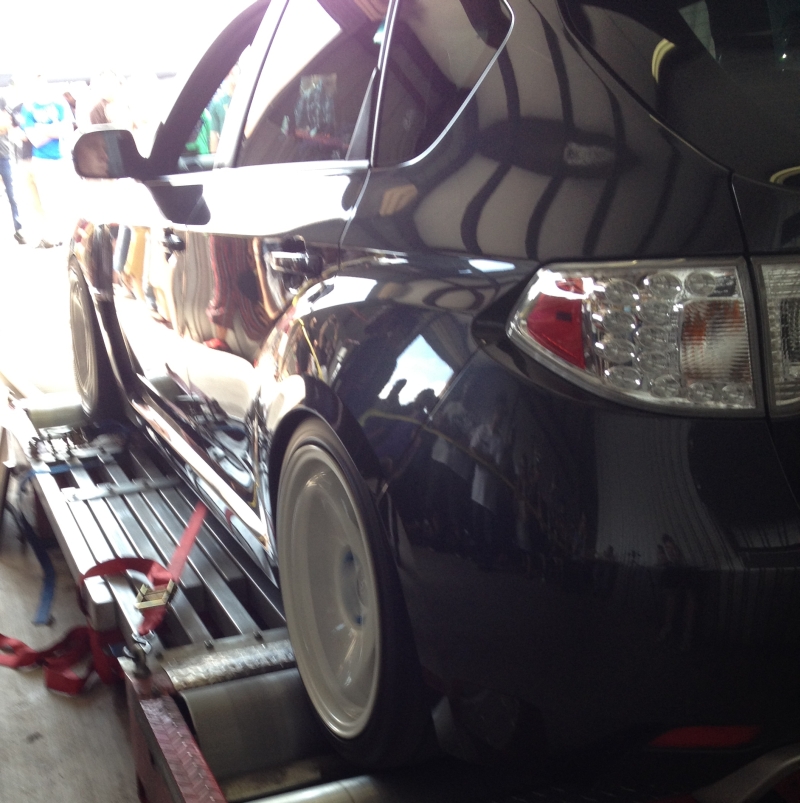 Above: A subie with some Cosworth parts on the AWD dyno. Had tuning issues but sounded great! 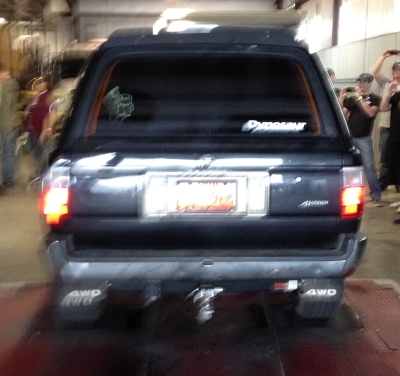 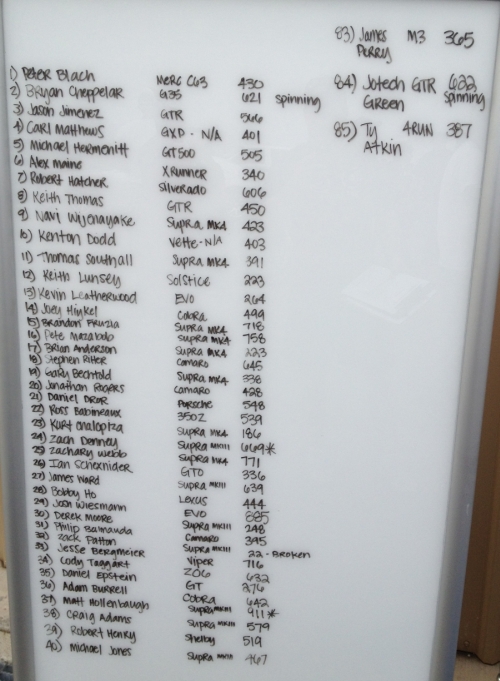 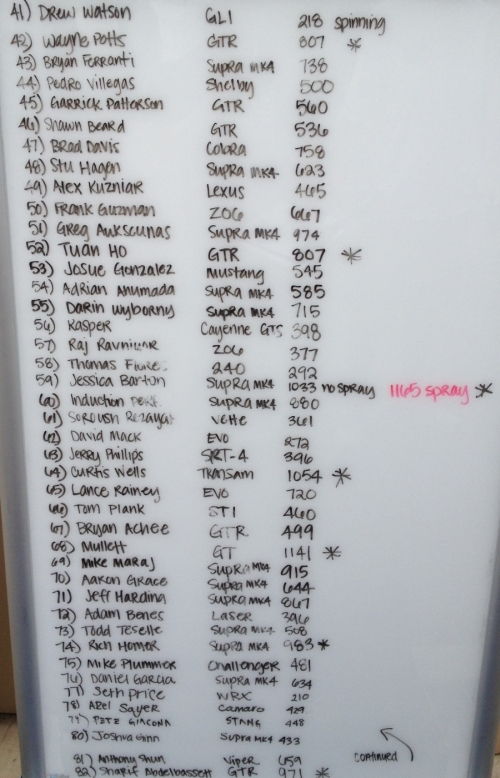